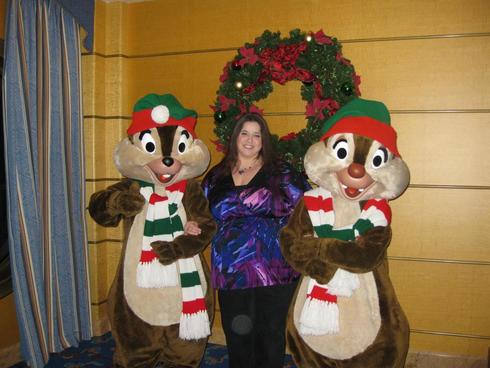 ​Ashley has been with Brentwood Travel since 2011, and is our resident Disney expert. She loves planning anything Disney-related, whether it is Walt Disney World Resort, Disneyland, Adventures by Disney or Disney Cruise Line.  Aside from Disney, she specializes in all-inclusive destinations, European river cruises, and Ocean cruising.

“I feel Disney brings out the best of the best for all travelers young and old… There is always something magical about Disney that makes the vacation an experience they will never be able to duplicate anywhere else.”

Ashley loves what she does because each day brings something new to learn, create, or watch unfold for her clients.  She enjoys living vicariously through her travelers who are putting their memories together. “It really makes coming to work worthwhile when I get that phone call from a traveler who had the trip of a lifetime and I got to be a small part of that.”

Ashley is the quintessential southern girl being from Mississippi and spending many years of her life in Texas. When she’s not traveling, she loves to play all sorts of board or video games, enjoys nights on the town and finding new favorite restaurants around St. Louis.  Her favorite travel memory is staying in a Villa in St. Tropez several summers ago. “I was lucky enough to be there on Bastille Day, so I could see fireworks going off over the water and knew that was something I’d always remember.”

Since she started with Brentwood Travel, she’s been fortunate enough to cover so many new spots on the map around the world, such as: Mexico’s Pacific Coast on a Disney Cruise,  the Canadian provinces from Vancouver to Calgary on the Rocky Mountaineer, the Eastern Caribbean on Royal Princess, the Western Caribbean on Norwegian Dawn, the Greek Isles + Montenegro on Cunard’s Queen Victoria, Ireland with Celtic Tours, cruising the Rhine on Viking River Cruise Line,  and the Tahitian Islands of Papeete, Moorea and Bora Bora with Travel2.   The next hopeful destinations on her seemingly never-ending wish list will be to the Swiss Alps and Egypt one day....